The State of J&k was a princely state that Acceded to the dominion of India on 26 October 1947 through Instrument of Accession signed by it’s the then Historic Ruler Maharaja Hari Singh. The state has a unique history with its controversial Constitutional Status that has been recently Transmuted by the Passing of the J&K Reorganisation Act, 2019 and revocation of Art.370 of the constitution of India with many key changes bought in the administration and status of the state. Title of this act is Read as “An Act to provide for the reorganization of the existing State of Jammu and Kashmir and for the matters connected therewith or incidental thereto”[1]

The Constitution of India was applied to the State of J&K before the Revocation of Art.370 with some exceptions and modifications as was mentioned in Art.370 and the Presidential Order 1954 and with other special Modifications. As Presidential Order doesn’t require any consent of the Parliament some provisions of the constitution were applied to the state through this, as it requires only the consent of the respective state Governments

Art.370 (3) of the Constitution of India Empowers the President to amend or Repeal the Article by issuing a Notification, Based on the recommendation of the constituent assembly in the state

BILLS AND RESOLUTIONS PASSED THAT PAVED THE WAY TO PASSING OF THIS ACT:

THE PROCEDURE OF ENACTMENT:

The Reorganization Bill was introduced in the parliament by the Home Minister Amit Shah on 5th August 2019   along with the resolution for the revocation of Art.370[2] in Jammu and Kashmir, in Lok sabha. The Lok Sabha on 6th August 2019 approved the J&K Reorganisation Bill, 2019(ACT NO.34 of 2019)[3] with 370 votes in favor and 70 against it.  President Ram Nath Kovind on the recommendation of parliament of India gave his assent to the J&K Reorganisation Act, 2019 subsequently and a Gazette Notification was issued thus led to the formation of a new Act.

CONSTITUTIONAL VALIDITY OF THE ACT:

The Act was passed after Repealing the 1954 Presidential Order[4] that had a provision to Art.3 of the Constitution[5] that empowers the Parliament the power of Formation of the New States and Alteration of Areas, Boundaries or names of existing States, but the 1954 Order had curbed the power of parliament to bring any change in J&K state, thus the revocation of the order and Art.370 paved the way to the introduction of this Bill.

ART.370: It was a temporary, transitional and special provision[6]. Under Art.370(3) the president was empowered to issue any public Notification, declaring that this article shall cease to be operative or shall be operative with such exceptions and modifications as he may specify provided the recommendation of  State “constituent Assembly” was required thus J&K Constituent Assembly was specially empowered to recommend the Article of Indian Constitution that were to be applied to state (under Art.370(3)) and even the abrogation of Art.370 with the help of said provision Presidential Order No.1954 was passed that specified the Articles of constitution to be applied to the state but the ill-fate of the state was that the constituent assembly was dissolved without recommending the Revocation of Art.370 thus making it a permanent feature for so many years.

BASIC DIFFERENCE BETWEEN STATE AND J&K

IMPACT OF THESE CHANGES

The Bill splits the State of J&K into two Union Territories of J&K and Ladakh.

NEW CHANGES BROUGHT BY THE ACT:

1. Lieutenant Governors of the two UTs will replace the J&K Governor

2.  The Act of Delimitation of to be carried out by the Election Commission: J&K Assembly to have 107 seats (including 24 vacant ones for POK) which will be increased after delimitation[7]

3. Land ownership and employment opportunity extended to the whole Country

5. The Act enlists 83 Constituencies in the state.

7. The Legislative Council Of Jammu and Kashmir Abolished.

8. Changes in the Posting of Officials: The officers posted in Jammu and Kashmir before the passing of this act shall continue to be part of their existing Cadre but future Postings to be made from the officers of Arunachal Pradesh, Goa, Mizoram Union Territory) cadre.

KEY CENTRAL LEGISLATIONS NOW HAVING JURISDICTION IN THE STATE:

9.  Law and order in Direct control of Centre.

10. Land Matters under the scrutiny of Elected Government in the State (Land Revenue, Assessment collection, and Maintenance of Land Records, survey for Revenue, Record of Rights, Land Tenures, etc)

11. HIGH COURT: The High Court of UT of Jammu and Kashmir will be Common only and a bar was been applied over the discussion of the conduct of judges.

12. The status of Permanent Residents as per Art.35A has been abolished.

WAS THIS MOVE NECESSARY?

There was a long pending demand for the Abrogation of Art.370 which was temporary provision introduced that gave autonomous and special status to the J&K from the Rest of the States. This, in short, had indirectly prevented the merging of the state with other parts of the country as it was discriminatory thus changes in the Article along with the Introduction of New Legislation will lead to new positive changes in the state bringing more opportunities of Job Creation and a boost to the Local Economy.

The Mechanism adopted for the introduction of this Bill was very Hasty and stealthy. A state is downgraded to the status of a Union Territory without Prior Consultation of its Representatives elected by its People as the Bill was introduced when the state was under Governor’s Rule and the Assembly was not in the house, thus it can be marked as an Executive Excess.

This Act, in a nutshell, depicts how geniously the law Makers have interpreted Art.370 and this Bill to bring some landmark changes in J&K polity though reportedly there has been unrest in the State.  Many political leaders like NC Patron Farooq Abdullah, Mehbooba Mufti have been under detention and house Arrests since August 4. Even after Few Months of the passing of this act the state is hit by abnormalcy with curfew-like restrictions along with Sec144 Crpc[8] being introduced in some sensitive areas in the present UT. Not only this, there has been a shut down of communication in the state which was restored a few weeks back with people being able to talk to their near and dear ones. The state is presently witnessing a complete Suspension of the Mobile Internet Facilities which is the fuel of modern Generation.  With all these ill-effects and keeping in mind, the positive approach with which it was enacted there has been a good hope that the state would soon revert back to Normalcy. 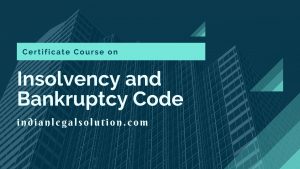