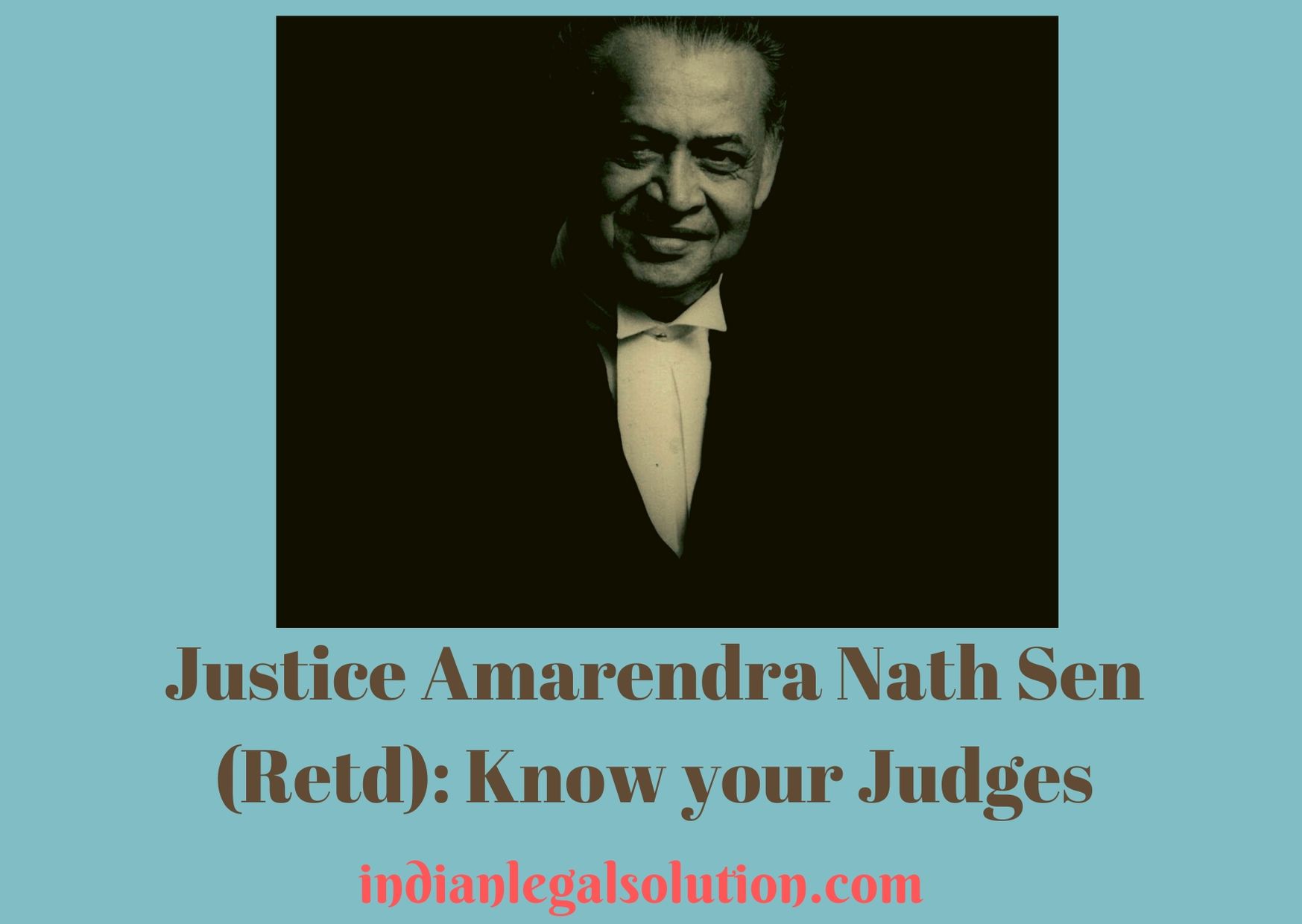 JUSTICE AMARENDRA NATH SEN Author:- Ankita Karn, REVA University The Supreme Court is the Apex Court of India. This is the highest authority of the country for the judicial seekers in order to get justice. This consists of the Chief Justice of India along with 30 Judges. Justice Amarendra Nath Sen is a Bengali Jurist, […] 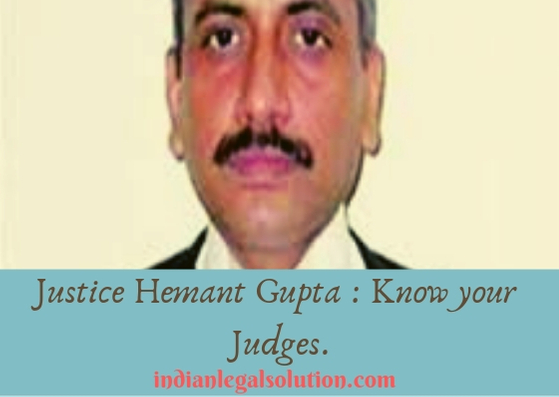 JUSTICE HEMANT GUPTA Author: Deepali  Jain, VIPS   INTRODUCTION Hemant Gupta is a judge of Supreme Court of India. Also was former Chief Justice of Madhya Pradesh High court. He is supposed to retire on 16 October 2022.   CASES Enrolled as an advocate on July 1980 and started practice in the District Court of […] 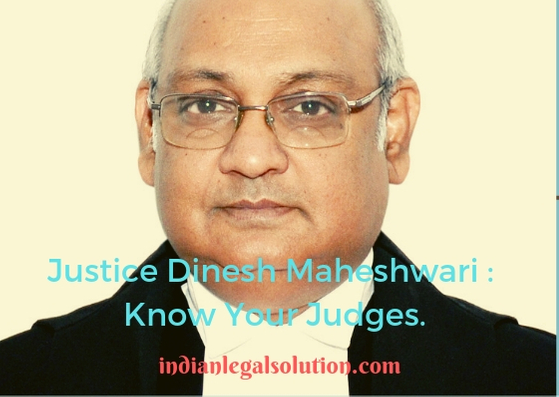 JUSTICE DINESH MAHESHWARI INTRODUCTION Mr. Justice Dinesh Maheshwari is a judge of the Supreme Court of India. He completed his graduation in B.Sc. (Hons) in Physics from University of Rajasthan, Jaipur. He graduated in law from Jodhpur University and enrolled as an advocate.   LEGAL CAREER Earlier he started his career at District Civil Courts […]

JUSTICE ARUN MISHRA Author: Deepali  Jain, VIPS INTRODUCTION The Supreme Court Of India is the apex court for the judicial seekers. This final forum is the highest constitutional court under the constitution of India. This consists of the chief justice of India and 30 judges.   The wise man forming his own sphere in the […] 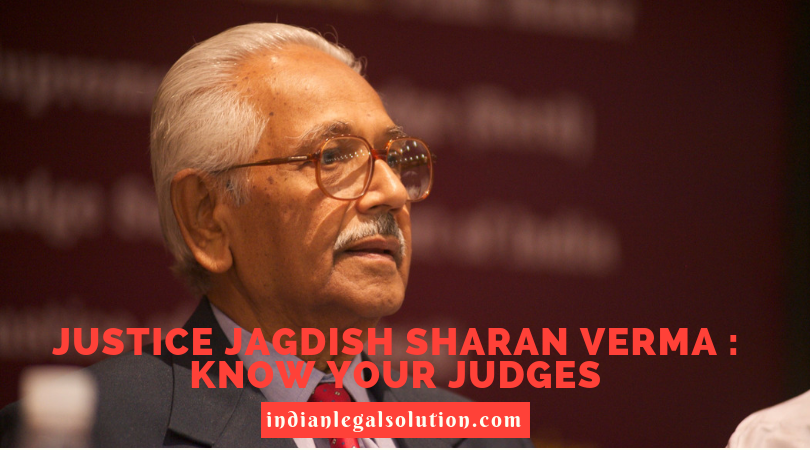 Author: Siddhant Radhu Justice J. S. Verma Justice Jagdish Sharan Verma (January 18, 1933 – April 22, 2013) was an Indian jurist who served as the 27th Chief Justice of India, holding the position from March 25, 1997, until his retirement on January 18, 1998. Thereafter he was the Chairman of National Human Rights Commission […] 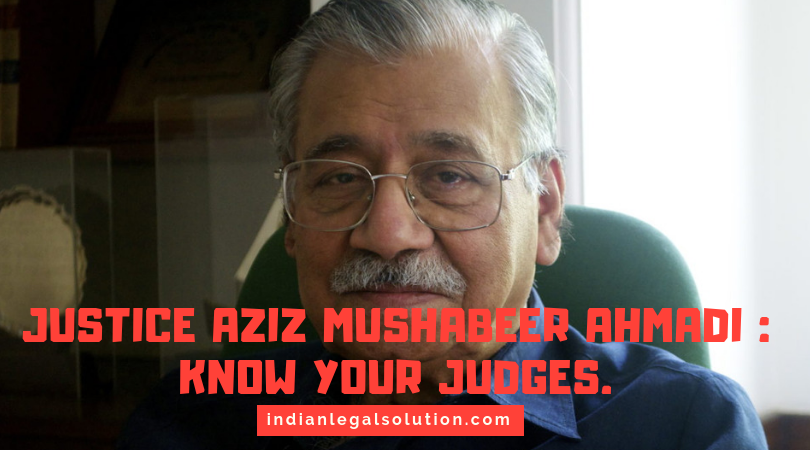 AZIZ MUSHABBER AHMADI (A.M AHMADI). Auhtor: Mr. Siddhant Radhu Justice Aziz Mushabber Ahmadi was born on March 25, 1932, in Surat, in the Surat district of Gujarat. He was the son of Mushabber Imranali Ahmadi, who was a judge. After serving as a judge in the High Court of Gujarat, Ahmadi was appointed the judge […] 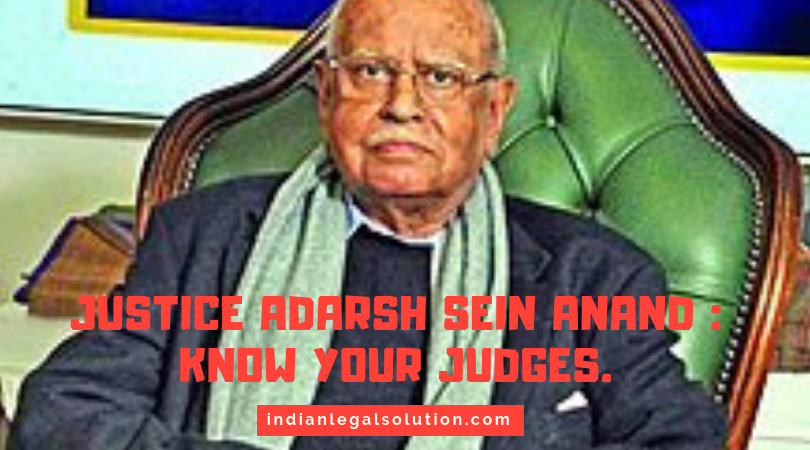 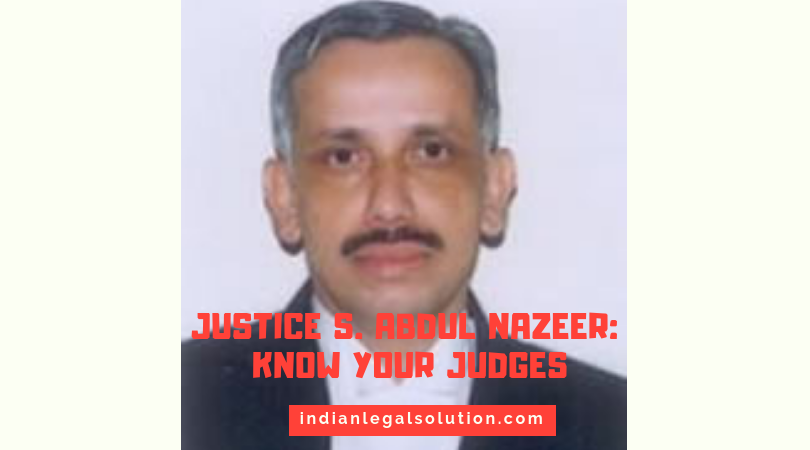 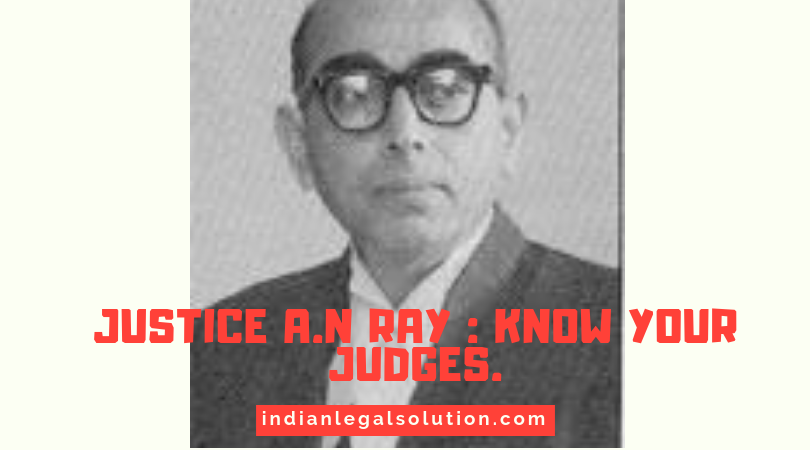 Justice A.N Ray Author : Mr. Apratim De. Hon’ble Mr.Justice Ajit Nath Ray was the 14th Chief Justice of India. He had served as the CJI of India from  26th Aprill 1973- 28th January 1977. Earlier he was appointed as the Judge of Supreme Court of India in August 1969. Early Life Justice Ray was […] 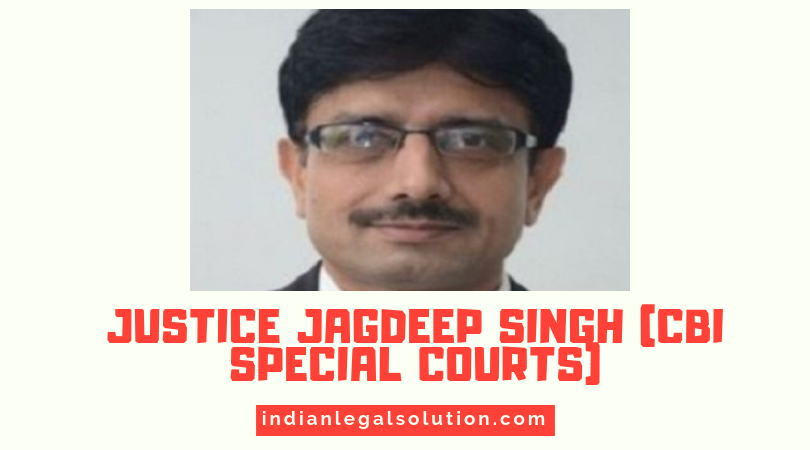 Justice Jagdeep Singh Author : Mr. Aprataim De Justice Jagdeep Singh is the man of the moment and he had came into the spotlight after convicting the self proclaimed godman Ram Rahim Singh alias Baba Ram Rahim for 20 years in a rape and murder case filed against him. Interestingly the following suit was going […] 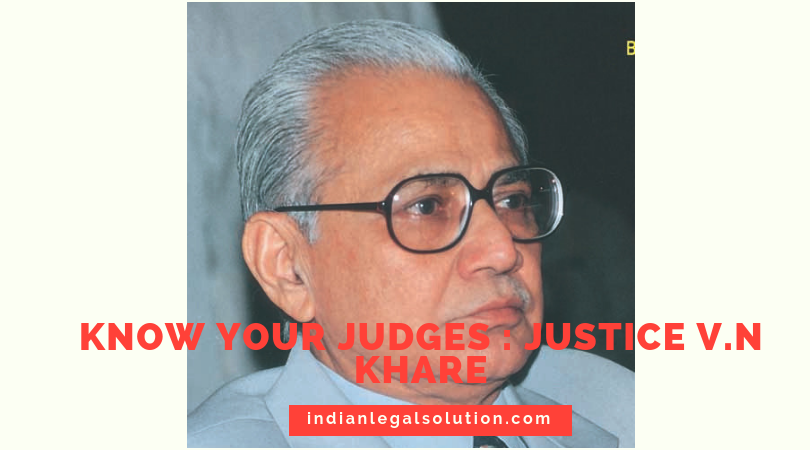 Justice V.N Khare   Vishweshwar Nath Khare was the 33rd Chief Justice of India. He served from 19 December 2002 to 2 May 2004. He was a judge of the Supreme Court of India from 21 March 1997 before he was elevated to the post of Chief Justice.   EARLY LIFE Justice Khare was born […] 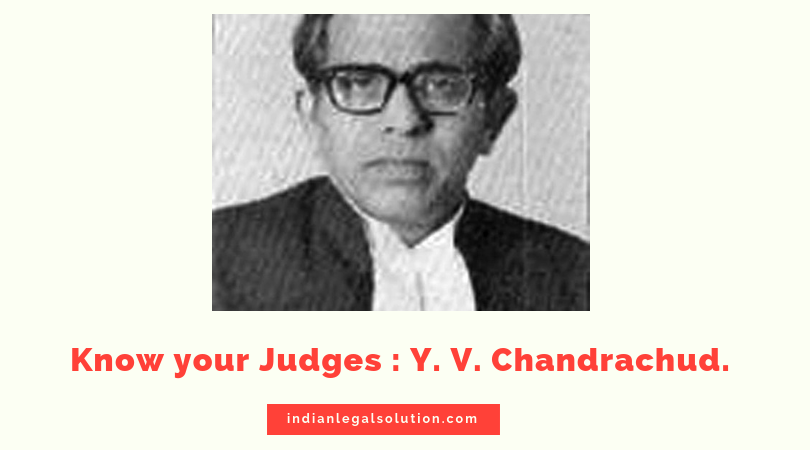 Early Life Yashwant Vishnu Chandrachud was born in Pune on July 12, 1920 and received his early education in Nutan Marathi Vidyalaya, Pune. He graduated in 1940 from the Elphinstone College, Bombay and obtained LL.B. from the University of Bombay (Law College, Poona) in 1942. He was the 16th Chief Justice of India, serving from 22 […] 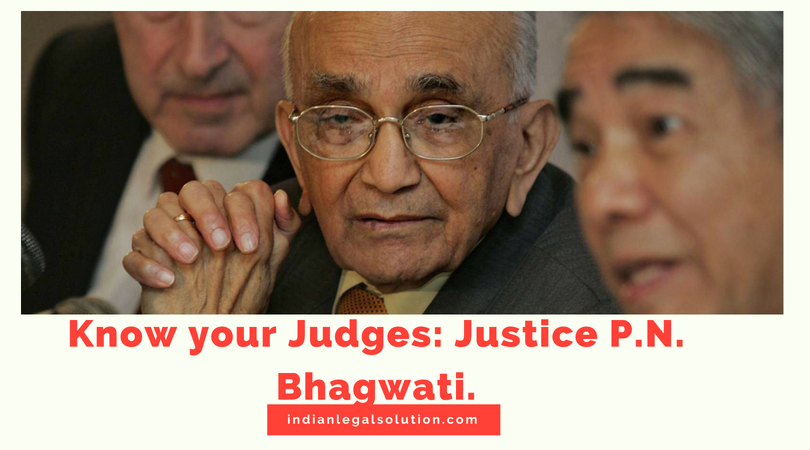 Justice P.N. Bhagwati Introduction- Justice PrafullachandraNatwarlalBhagwati was the 17th Chief Justice of India. He was appointed as the Chief Justice by the then President GianiZail Singh for a duration of 15 months, i.e. from 12th July 1985- 20th December 1986. He succeeded the 16th and the longest serving Chief Justice of India till date, i.e. […] 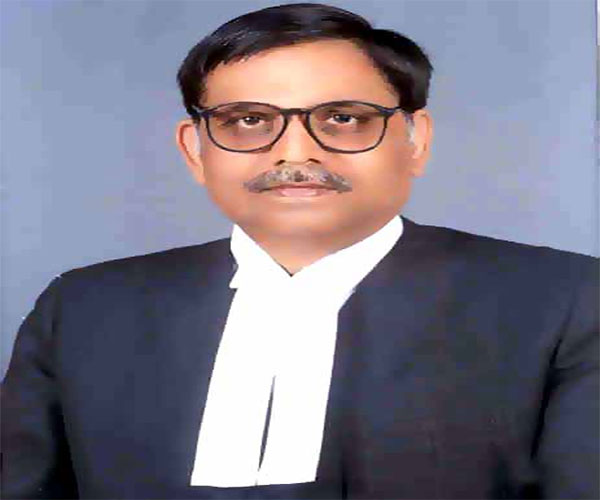 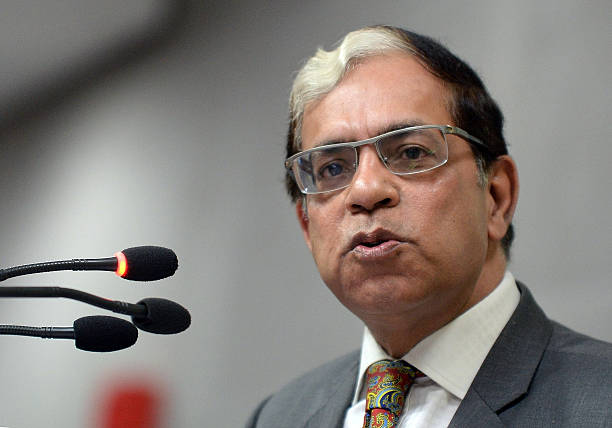 ARJAN KUMAR SIKRI   Arjan Kumar Sikri born on 7 March 1954 is a judge of the Supreme Court of India. He sworn into the post on 12 April 2013. Earlier he had served as the Chief Justice of the Punjab and Haryana High Court.   Early life and education   Sikri has an excellent academic record. He stood third […]